What works and what doesn’t in an NFT-backed newsletter

Silphwave / DirtFunding a media outlet is a tricky business, and in recent years, some journalists have looked toward the cryptocurrency world to do it. That includes Dirt, an entertainment newsletter co-founded by Kyle Chayka and Daisy Alioto in late 2020. 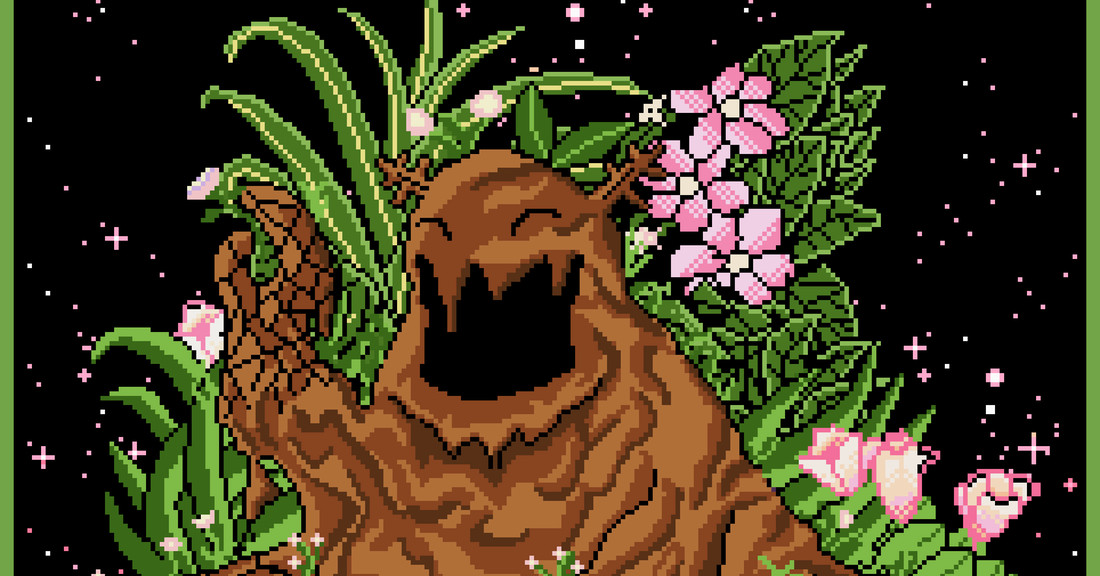 Funding a media outlet is a tricky business, and in recent years, some journalists have looked toward the cryptocurrency world to do it. That includes Dirt, an entertainment newsletter co-founded by Kyle Chayka and Daisy Alioto in late 2020. Dirt has raised money since launch by selling non-fungible tokens (NFTs), and earlier this week, it announced plans to work those NFTs into a decentralized autonomous organization or DAO — giving its audience input into where Dirt spends its money.

Dirt isn’t the first blockchain-based media outfit. In 2017, for instance, a project called Civil funded a panoply of websites using its own cryptocurrency token. But Civil collapsed after a difficult launch and initial funding that quickly ran dry. Meanwhile, lots of cryptocurrency enthusiasts have created DAOs where token owners can vote like shareholders in a business, but many are chaotic experiments like ConstitutionDAO, an attempt to buy a copy of the US Constitution.

Kyle Chayka readily describes DirtDAO as an experiment, but it’s got a comparatively modest goal: letting a small community vote on pitches for future Dirt longform stories. On January 14th, it will conduct its first vote with people who previously bought one of its NFTs, which are minted on the Ethereum blockchain. (Ethereum is a common choice for NFT creators, but it’s currently more environmentally damaging than some alternatives.) In advance of the sale, I spoke with Chayka about the promise — and the limits — of using DAOs for journalism.

Interview has been condensed and edited for clarity.

The announcement describes DirtDAO letting token holders vote on stories and shape the editorial process. I’m curious what the extent of that is.

So the obvious question for me is, why not run a crowdfunded, non-crypto system that lets backers vote on coverage?

To me, the biggest benefit of blockchain stuff here is the record-keeping. So essentially, by creating a token, we have a really easy way of looking at who has supported us, like who has participated in funding Dirt, essentially. And then that record also means that the token holders can express their interest by voting really easily.

If you theoretically don’t know who owns the tokens, how do you prevent some company from buying up all your tokens and using that to influence your editorial process?

We’re doing this experiment in order to figure out those questions. But at this point, Dirt is small enough and the token holders are small enough that we essentially know who everyone is, at least by their wallet, even if they’re anonymous. I think the point is here that it’s small-scale enough that we do want to know who our token holders are at this point, and we do want to make sure that they’re committed and are acting in a moral way. So in that way, it’s not trustless — but I don’t think our experiment here is about reaching a huge scale or claiming that blockchain can do everything or run an entire company. It’s just a way for readers to express what they want for our publication.

When you say you know people, does that mean you know their literal identities or know them as something like consistent user handles?

It says in the announcement post that around 100 people have tokens at this point.

Yeah, I think now it’s about 130. I expect a small portion of those to actually vote. I don’t think that every token holder is going to vote by any means.

Is there a maximum number of people that you feel like could be involved in voting?

Someone asked us about this the other day, and I think somewhere around a thousand people — I don’t expect more than a thousand people to be actively voting because in our experience, a very, very small number of readers actually want to participate in governance. Like, governance is just not something that a lot of people want to do. They want to consume content.

Say you have a pitch with sensitive information — like in an extreme example, there’s an assault allegation that you don’t want to make public outside a small editorial process. How would you handle DAO members voting on that?

There’s a few reasons that this works for us. And one of the reasons is that the DAO-voted features are not our only features — like, this is not our entire editorial process. This is one part of the editorial process, kind of like a column or recurring feature that’s sponsored by the DAO and the token holders. So we’re certainly allowing ourselves to do pieces that don’t go through this process.

But also I think this DAO structure and the whole mechanism works for Dirt particularly because we’re not doing investigative reporting. We’re doing criticism and commentary and aggregation about entertainment online. I would personally not want a publication driven by crypto that’s trying to do like, sexual assault investigations, as you said, or more consequential political reporting, for example.

One of the things Civil was interested in was having a censorship-proof record of journalism actually on the blockchain. How viable do you think that is?

It’s not something that we’re dealing with or proposing at all. Our publishing is not really blockchain-connected — like, the newsletter itself just runs on Substack like any other Substack.

I think what is interesting to me is less about how the writing is censor-proof than the kind of funding and decision-making that we’re doing will be public. So at this point, you could actually see every transaction that Dirt has gotten funding from, so you could see the exact amount of money that we’ve made. You can see who holds our tokens, who holds our NFTs. And once the DAO votes start, you’ll be able to see how every vote happens, who voted for what. So those will all be more or less permanent records.

When you say “who voted for what,” you mean linked with wallets, which don’t necessarily tell you who owns the wallet or who is behind it, right?

In our case, the majority of the token holders do connect their wallet to their real name, because they also are proud to participate and want to show their support.

To be very clear, I don’t think this use case works in every situation at all. I think it works because we engage with digital culture. We don’t do super hard-hitting journalism. And the process is about having fun determining the stories.

I think there could be ways to apply this technology to other editorial processes that would work on investigative features or similar things like that. To me, the permanent record-keeping of blockchain is interesting. I don’t see that being applied in terms of censorship-proof writing that soon, personally. I do think it is interesting to see the governance votes and see the funding mechanisms. So I see it right now, more as a back-end for media production, and less about the content.

Why specifically use Ethereum?

Ethereum is the furthest along in terms of utility for cryptocurrencies. Like, things like Snapshot, which helps you do governance, work on Ethereum-built currencies, and OpenSea, the largest NFT marketplace, most of the transactions are in Ethereum. Dirt actually started on the publishing platform Mirror, which also uses Ethereum-backed stuff. So the short answer is, the tools are there for Ethereum.

I am definitely a big fan of less environmentally impactful blockchain technologies, and I think we would love to see Ethereum go to layer two and use less energy. But I also think Dirt in the near future will move to a less heavy blockchain like Solana or Tezos. My impression is that the record-keeping is kind of the same — Ethereum versus Solana versus Tezos versus whatever, they’re all public records, they’re all on a chain somewhere. And so I’m not sure that the Ethereum label itself will be as valuable in the future.

If you’re selling these DAO tokens, it’s more or less a one-time payment for each token. If you want to keep getting funding, do you just have to keep selling more tokens?

One ideal model that I’ve thought of is essentially like if Bored Ape Yacht Club was a media company — right now, they’re making millions of dollars a month on secondary sales royalties [for NFT transfers]. So there is a world in which Dirt could run solely on secondary market royalties.

That seems like it might require having a pretty heavy turnover in the user base that’s engaged enough to want to vote on these things.

I think there’s an interesting comparison — like, the readers of a publication don’t stay the same over time. People are always cycling in and out. So I would expect that there would be some people who are in it for the long haul, definitely plenty of turnover, maybe someone buys some tokens and wants to vote for a few weeks and then gets bored of it and sells them. That would be fine.

One of the big criticisms of NFT systems is that they just rely on constant expansion for funding.

We don’t want to go the way of constant expansion. I think our ideal situation would be patrons who want to keep participating in the long term and using their tokens and helping us fund ourselves in whatever way we choose.

I think the constant expansion is only necessary if you want to operate on a large scale like Bored Ape Yacht Club or something similar. I see a situation in which each editorial initiative could have its own token or own NFT, and then once that funding runs out, you do a different one. So it kind of becomes like special issues, you know.

And that would be separate from DAO voting?

Right — it could be. We can experiment with different mechanisms for different projects, and that’s kind of cool. I don’t think anything with Dirt is permanent. These are experiments that we’ll do, and then see how they work and then try something slightly different. And just repeat.

(Except for the headline, this story has not been edited by Leader Desk Team and is published from a syndicated feed.)

Expanse season 6 has me worrying about the future of touchscreens

Ask Money Today: Where should I invest to buy a house in...

In Skill India Scheme, Do You Know How Many Got Skilled...

Economy recovering but may take longer to achieve $5 trillion...