An Artist created his days of isolation through art

A Chennai based art director Bala Govind Kumar’s digital art series, ‘Quarantine Days’, is a visual diary of his emotions 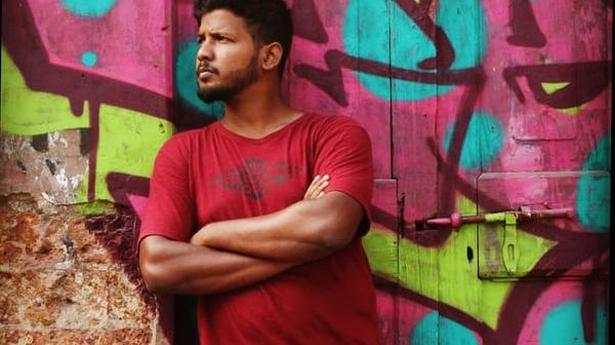 A Chennai based art director Bala Govind Kumar’s digital art series, ‘Quarantine Days’, is a visual diary of his emotions.

When Bala Govind Kumar tested positive for COVID-19 on April 26 in Chennai, he spent 14 days in isolation at his rented apartment in Kilpauk, feeling lonely and listless. Through these days, he used his iPad to create a visual diary of his emotions through art. 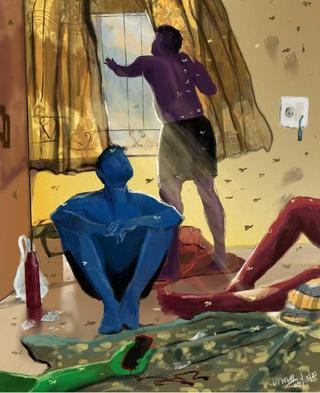 The series of six paintings, ‘Quarantine Days’, is an exploration of the concept of self. “All I could see was myself. Why not create self-portraits, I thought,” says Bala, whose style is greatly inspired by Mexican artist Frida Kahlo. He recorded a video of himself engaged in various daily chores and made a montage of the stills for his first work titled Rooted. It shows versions of himself staring out the window and at the ceiling, eating, and looking at his phone.

For the 25-year-old self-taught artist and architect hailing from Tirunelveli and working as an art director in Chennai, this was a healing process. “Art is my natural way of self-expression. And it made my days of isolation easier to bear.” 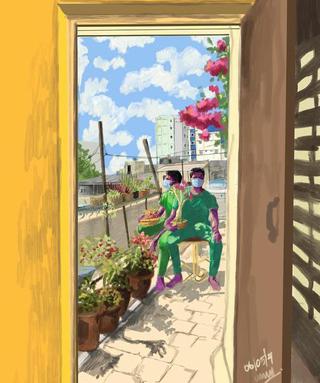 Bala chose to work digitally as it did not require him to go out to procure art supplies. “In another time, I would have preferred acrylic or oil paint. But now I realise digital art gives you a lot of artistic freedom; it is easy to pursue even in extraordinary circumstances such as this.”

The works are a meeting place of Bala’s emotions and his physical reality. He describes each stage of the disease and his mental state — breathing difficulty, loss of taste and smell and fatigue. “I could not work every day. On the days I felt better, I would create two works,” he says.

After six days indoors, he went up to the terrace, spending time with plants which rejuvenated his mind and he captured that, in one of the works. Bala explains how art was not just restorative but also gave him a glimpse into the philosophical. “We are bound by time. Whatever we may think we are, we cannot run from this.” 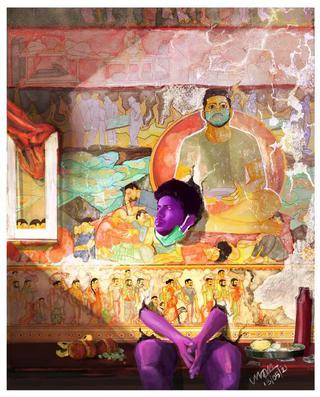 The final painting in the series, titled The Abandoned Story, is a tribute to all the people whose struggles with COVID-19 went undocumented. “Their struggle was as real as mine,” he adds.

Bala plans to exhibit his works when the COVID-19 situation improves.

Currently in Tirunelveli, he is working on a series, ‘Misplaced Goat’, which is a quest to rediscover his hometown through its rich tradition of folk art.

Except for the headline, this story has not been edited by Leader Desk team and is published from a syndicated feed.

How ‘Everything Is Cinema’ questions the voyeuristic gaze of cinema

Sonic Frontiers developer says it's not an open-world game

Love, Death and Robots’ most beautiful episode is ‘a love...

The Daniels can see Everything Everywhere All at Once as...