How Alan Wake Remastered strikes a balance between new and old

“Remaster” can be a nebulous term in video games, covering anything from direct ports on modern platforms to wholesale graphical overhauls. 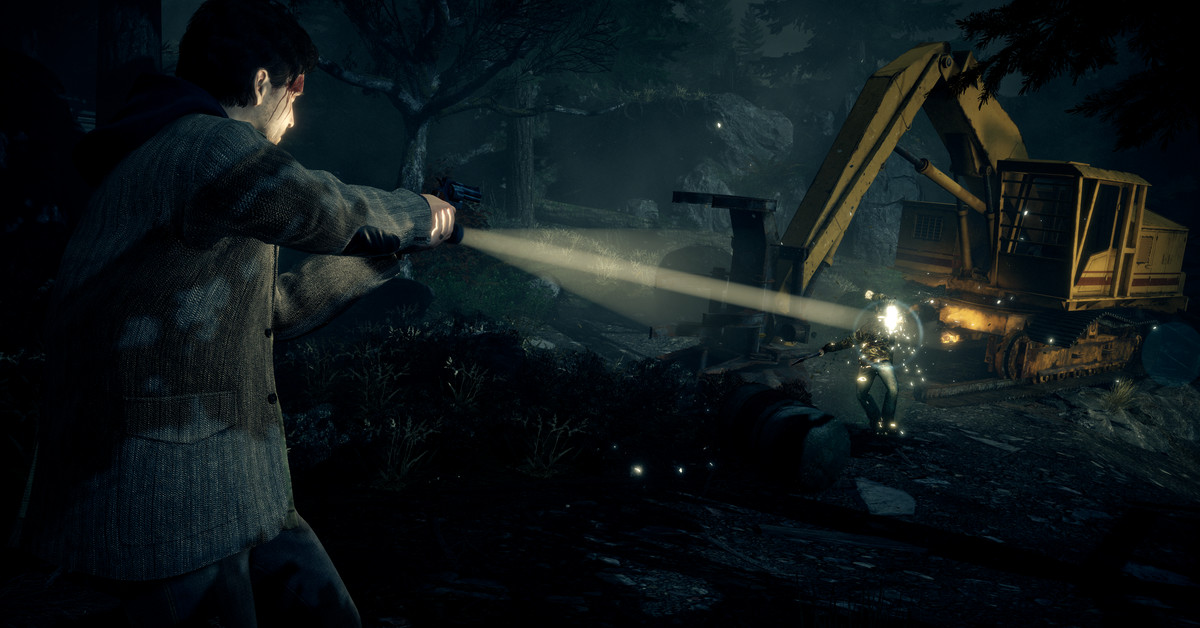 “Remaster” can be a nebulous term in video games, covering anything from direct ports on modern platforms to wholesale graphical overhauls. Alan Wake Remastered, which was released this week, lands somewhere in the middle and feels like an appropriate use of the term. The Xbox 360 action thriller from 2010 hasn’t been changed all that much, but Remedy and co-developer D3T have done enough to make it feel more at home on current hardware.

Alan Wake isn’t exactly a lost classic. The Xbox 360 version is downloadable on Xbox One and Series consoles, and the PC version on Steam holds up pretty well at higher resolutions and frame rates. That said, it never came out for PlayStation platforms, and Remedy felt there was an opportunity to bring it to fans of single-player games who hadn’t had a chance to play it before. “We wanted to bring the game to new (and old) audiences,” communications director Thomas Puha tells The Verge, noting that the company acquired the game’s publishing rights from Microsoft in 2019.

I’ve been playing the PlayStation 5 version of Alan Wake Remastered, and it’s a subtle but improved release. The game runs at a much higher resolution than the Xbox 360 original, of course, and at 60 frames per second. There are a lot of graphical tweaks, from reworked character models to sharper textures, and the studios even had a team solely dedicated to working on the foliage and forest environments, which feel much richer in this version. The graphics still aren’t what you’d expect from a brand-new PS5 title, and the overall level design remains identical, so you can tell you’re playing a game from a couple of generations back. But that was the plan from the start.

“We wanted to do a remaster, not a remake,” says Puha. “We were pretty much aligned from the start that there wouldn’t be changes to the experience outside of the visual improvements.” Remedy did feel tempted to go back and fix certain elements of the gameplay that might not have aged so well, like the occasional pacing issues with waves of enemies, or the way Alan can only sprint for five seconds before running out of breath, but ultimately decided to preserve the way the game plays.

“You change one thing and that has a ripple effect over the whole project.”

“Those [elements] are part of the original experience,” Puha says. “That’s how it was then so that’s how it is going to be now. We didn’t change those things. You change one thing and that has a ripple effect over the whole project. If Alan could always sprint, then the combat changes drastically, we’d have to redesign the encounters to accommodate the change in speed and it’s a slippery slope ... soon the game is fundamentally different after a few ‘small’ tweaks.”

The one way Alan Wake Remastered does play differently from the original, at least on the PS5, is in its use of DualSense trigger resistance and haptic feedback. It’s one of the better third-party releases I’ve found in that regard, with the controller convincingly conveying subtle actions like light footsteps as you explore. The variable trigger resistance actually improves the combat, giving you helpful feedback on whether you’re readying your flashlight or your weapon depending on how far down you press L2.

Alan Wake went through a famously lengthy development cycle of more than five years; the game was announced before the Xbox 360 even hit the market, which made me wonder if there might have been any lingering complexities in bringing it to modern hardware. “There are always legacy issues and plenty of bugs under the hood that never get fixed in every video game,” Puha says. “The codebase of the original Alan Wake was in pretty good shape considering the protracted development, but it took many months for D3T to study and research at the original codebase and gain an understanding how Remedy’s old engine works, all the various things we did in some special way … so you have to do quite a bit of learning and research, before you can actually start building and improving.”

As for those improvements, D3T had its work cut out. Technical director Andy Booth says that the majority of assets in Alan Wake Remastered had to be built from scratch, giving the example of elements like rivets and handles that are now fully modeled in 3D as opposed to being part of a texture. However, the team always used the original assets as the basis of their rendering, and in some cases they were able to use existing textures that had been preserved in a higher resolution.

“The general rule for the art team was to always utilize as much of the original art as possible, so that we could preserve the original creative intent,” Booth tells The Verge. “If we did have to remake something, it was regularly compared against the original as part of the review process. This was a fine line to walk, as it needed to be, at a macro level, the same visual look as the original, but also be of a higher fidelity to look good on 4K screens.”

A major focus for the remaster was improving the cinematic sequences. “They weren’t great in the original game,” says Puha, “But they were the most complicated and time-consuming to upgrade without redoing them entirely, which would have been too costly, time-consuming, and impossible in the confines of the project.” Booth explains that the new cutscenes combine original animations with new motion capture and 3D models because these elements all still have to interact with the rest of the existing scene. One consequence of this is that the cutscenes run at 30fps, unlike the rest of the game, though Booth says this is “for both technical and cinematic reasons.”

Puha says Remedy has no plans to remove the original version of Alan Wake from the storefronts on which it exists. All the same, I think anyone checking out the game for the first time would be better off with the remaster unless they have the PC version sitting in their Steam backlog. Remastered preserves Alan Wake’s mysterious, occasionally clunky appeal, but generally runs well and feels at home on a PS5 DualSense controller.

And now is a good time to get on board, following some teases in Remedy’s previous big game Control, because more Alan Wake is likely on the way. When Remedy struck a publishing deal with Epic Games early last year it said there would be a major new project coming as well as a “smaller-scale project set in the same franchise” — and the studio has confirmed to The Verge that Alan Wake Remastered is indeed that latter game.

Alan Wake Remastered is out now for PlayStation, Xbox, and on the Epic Games Store.

Epic monster battles will be at the heart of Final Fantasy...

The Daniels can see Everything Everywhere All at Once as...

The Callisto Protocol’s director on his return to horror:...