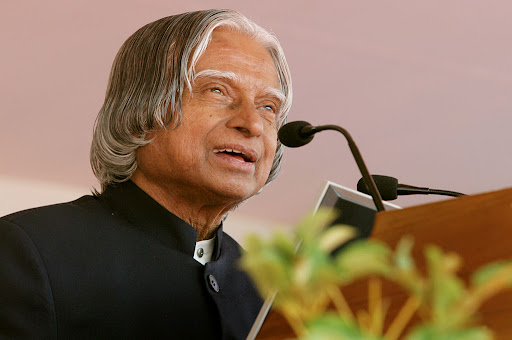 In 1997 Kalam was honoured with Bharat Ratna, India’s highest civilian honour for his contribution to scientific research and defence technology.

The country is today remembering Dr APJ Abdul Kalam, who was known as the ‘missile man’ of India and also for his humility. Citizens are observing his death anniversary on July 27 - the day in 2015 when he passed away after suffering a heart attack in Shillong. He was one of the few presidents in India who was loved by one and all for his simplicity. Kalam was the only president in India with a non-political background.

Kalam was born to a fisherman family on October 15, 1931 in Rameswaram of Tamil Nadu. He grew up in poverty and sold newspapers at bus stands to fund his education. Mathematics and physics were his favourite subjects as a student.

He graduated in Physics and later studied aerospace engineering at the Madras Institute of Technology. Kalam wanted to be a fighter pilot but missed the chance narrowly after he was placed at ninth position out of 25 candidates. Only eight candidates were required at the time. Kalam was, however, destined to achieve something bigger.

In 1960 he joined the Aeronautical Development Establishment of the Defence Research and Development Organisation (DRDO). In 1969 he was transferred to Indian Space Research Organisation (ISRO). At ISRO, he was the project director of India’s first Satellite Launch Vehicle SLV-III which successfully deployed indigenously developed satellite Rohini in near-earth orbit in July 1980.

He was also responsible for developing India’s integrated guided missile development program. In Kalam’s supervision, the country made surface-to-surface missile Prithvi, surface-to-air missile Trishul and anti-tank missile Nag among other advancements. He earned the nickname of ‘missile man’ for his achievements.

Kalam also served as the Chief Scientific Advisor to the Prime Minister between 1992 and 1999. During this time, India conducted its nuclear tests called Pokhran-II in which he played an active role as the chief project coordinator.

In 1997 he was honoured with Bharat Ratna, India’s highest civilian honour for his contribution to scientific research and defence technology.

Another turning point in his life came in 2002 when he was elected as the 11th President of India. The choice of Kalam by the then Prime Minister Atal Bihar Vajpayee also put the Congress in dilemma as Kalam was a reputed Muslim figure with no political baggage. Kalam defeated Congress candidate Lakshmi Sahgal by a landslide as he also got the support of Samajwadi Party and Nationalist Congress Party.

During his presidency, he continued to live with simplicity and turned out to be known as People’s President. Whenever his relatives used to come to the Rashtrapati Bhavan, Kalam bore all the expenses of their visit.

After Ramappa Mandira, Dholavira now has the status of a World Heritage Site

The lockdown has been extended but there will be certain...

America Is Back Under Biden - France's Emmanuel Macron

Trip to space with Jeff Bezos sells for $28 million

Omicron is spreading faster than any virus in history:...